12 May 2021 was the 13th National Disaster Prevention and Mitigation Day. Jiangxi Province followed closely the topic of "Preventing and Defusing Disaster Risks, Building a Solid Foundation for Safe Development" and held massive propaganda and education activities in Jiujiang City. The purpose of the activities was to popularize the knowledge of disaster prevention and reduction, promote the skills of self-assistance and mutual help, enhance the awareness of disaster avoidance and promote the high-quality development of disaster prevention and relief. 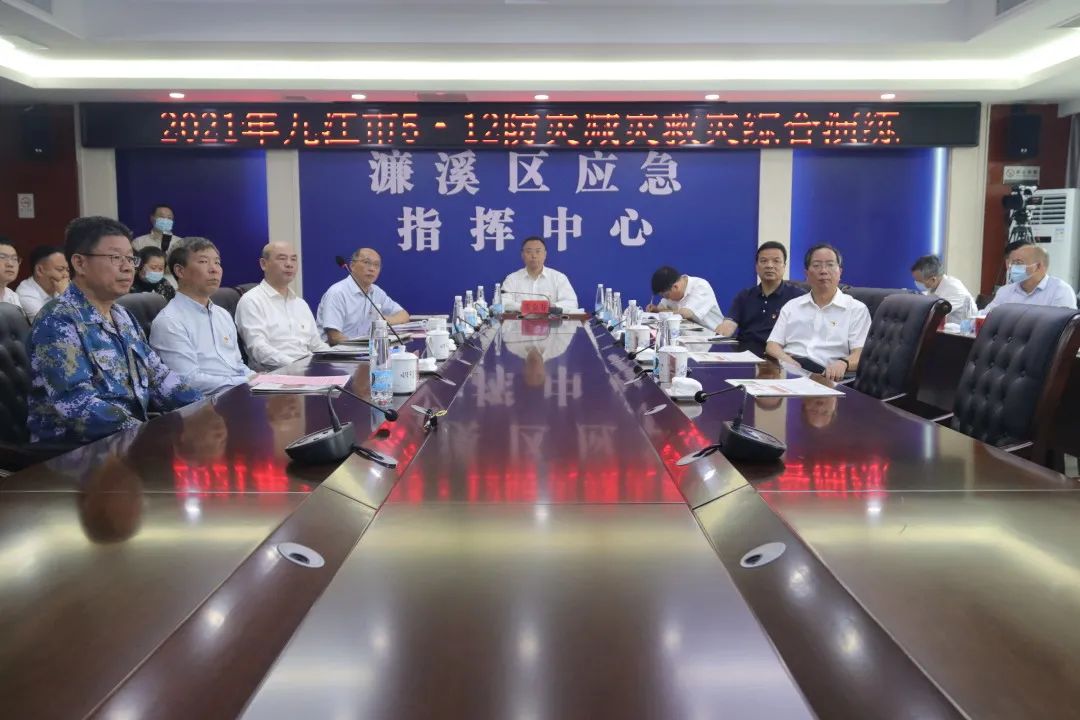 1. The forest fire extinguishing scene simulated the discovery of a smoke point in a mountain field in Lushan. After drone reconnaissance, it discovered that the fire area was about 100 sq.m.; 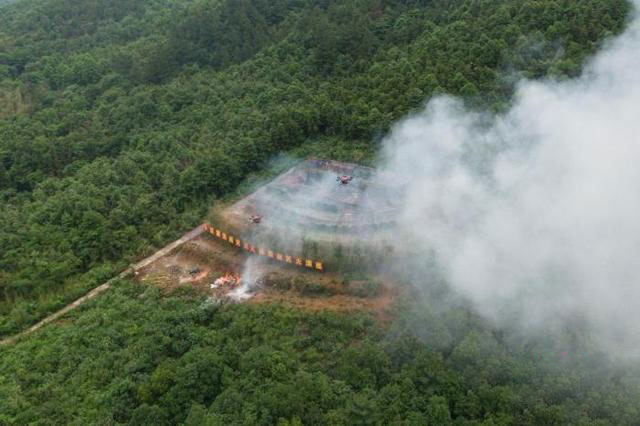 2. According to the real-time image of the fire, the Jiujiang Emergency Command Center decided to seize the favorable timing when the initial fire was easy to put out and thereby sent 7 UAVs (2 of which carried World Joy’s fire extinguisher devices) to the fire site for purposes of carrying out the firefighting and rescue tasks; 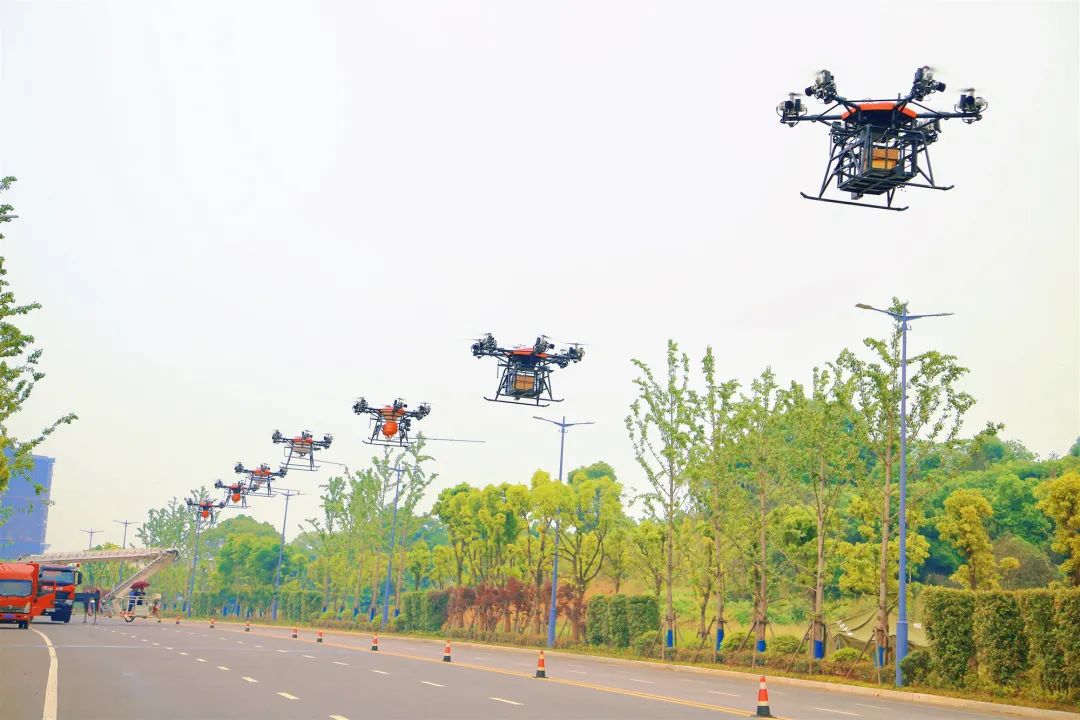 3. After 8 minutes of emergency disposal the fire was totally diminished; 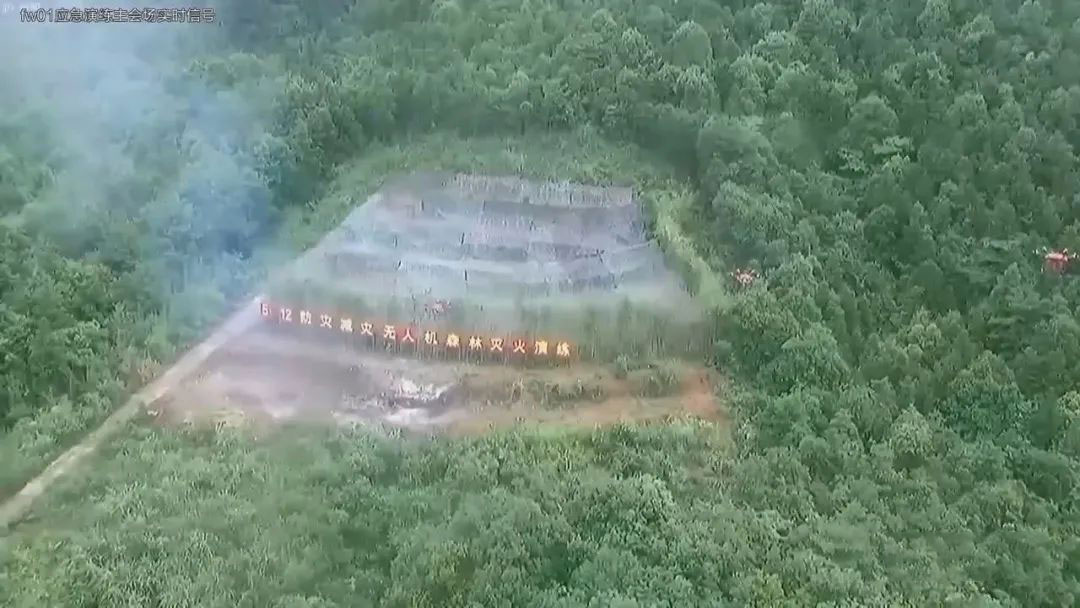 4. The first 2 (out of 7) UAVs carried 3 World Joy’s fire extinguisher bombs to the fire site. The bombs were thrown into the fire one by one whilst the first one had suppressed the fire in time to achieve efficient firefighting. 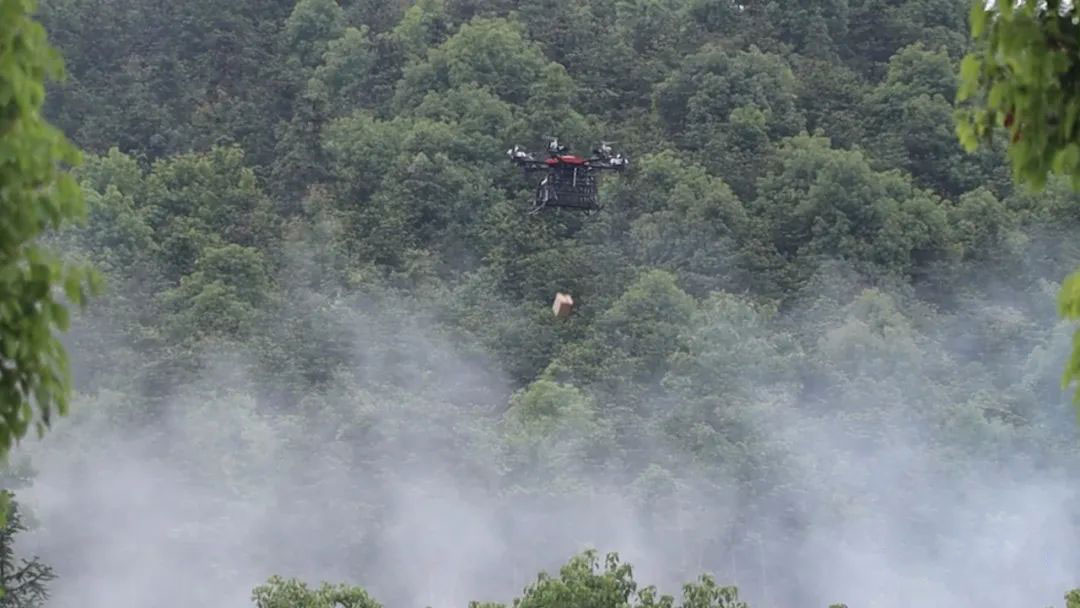 The drill closely resembled the actual combat so as to achieve the tactical purpose of "fighting early, fighting small and fighting completely" for forest fires on cliffs and rugged mountains. It made full use of artificial intelligence, 5G transmission, positioning system and other technologies and also built an integrated, information-based and intelligent prevention system for purposes of preventing and resolving the hidden danger of major forest fire risks. 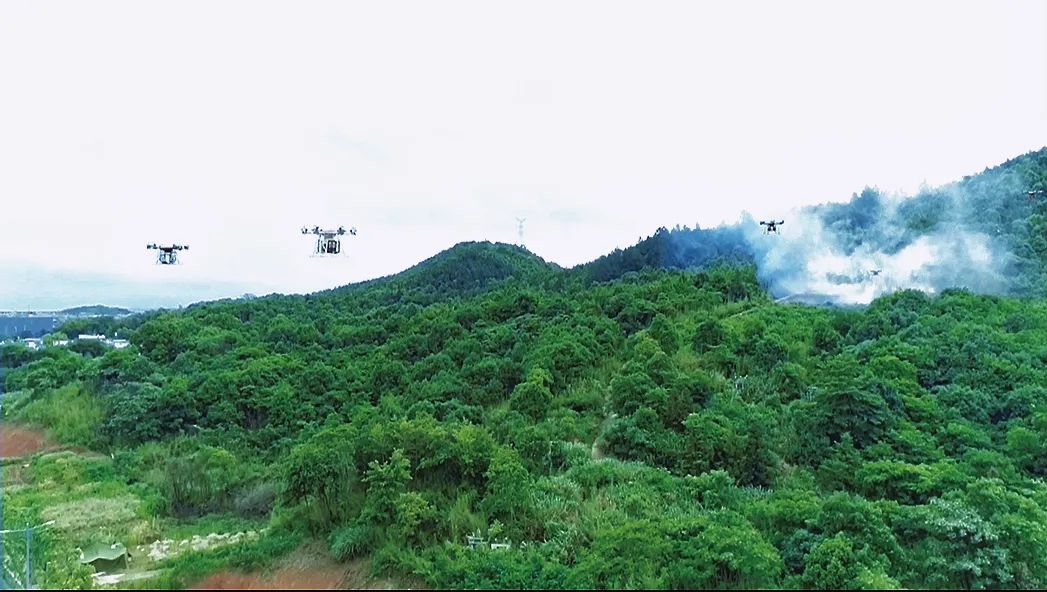 Lushan is a world famous mountain and also a key high forest fire danger area in China. It is characterized by steep peaks, deep valleys with many precipices. It is an area prone to natural fire such as lightning strike fire and rolling stone impact fire. Restricted by unfavorable conditions such as high mountains, steep slopes and long roads, it was initially difficult to find the forest fire in the remote Lushan mountain area which made it difficult for rescue personnel and equipment to arrive quickly at the scene and thereby means it was very difficult to put out the fire. During the drill, the UAVs arrived at the fire scene within 3 minutes with World Joy’s fire extinguisher devices helping to diminish efficiently the fire within 8 minutes. 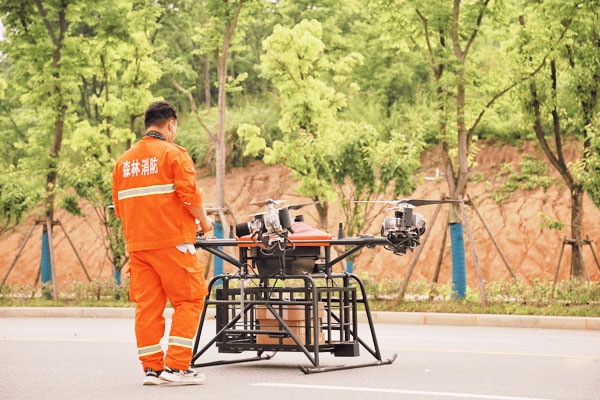 The Jiangxi Provincial Vice Governor announced the commencement of the event, the Jiujiang City Mayor delivered a speech whereas leaders from various local authorities (including the Emergency Management Department, the Natural Resources Department, the Forestry Bureau) participated in the activities. During the drill, World Joy’s fire extinguisher devices were highly recognized by all of the authorities. 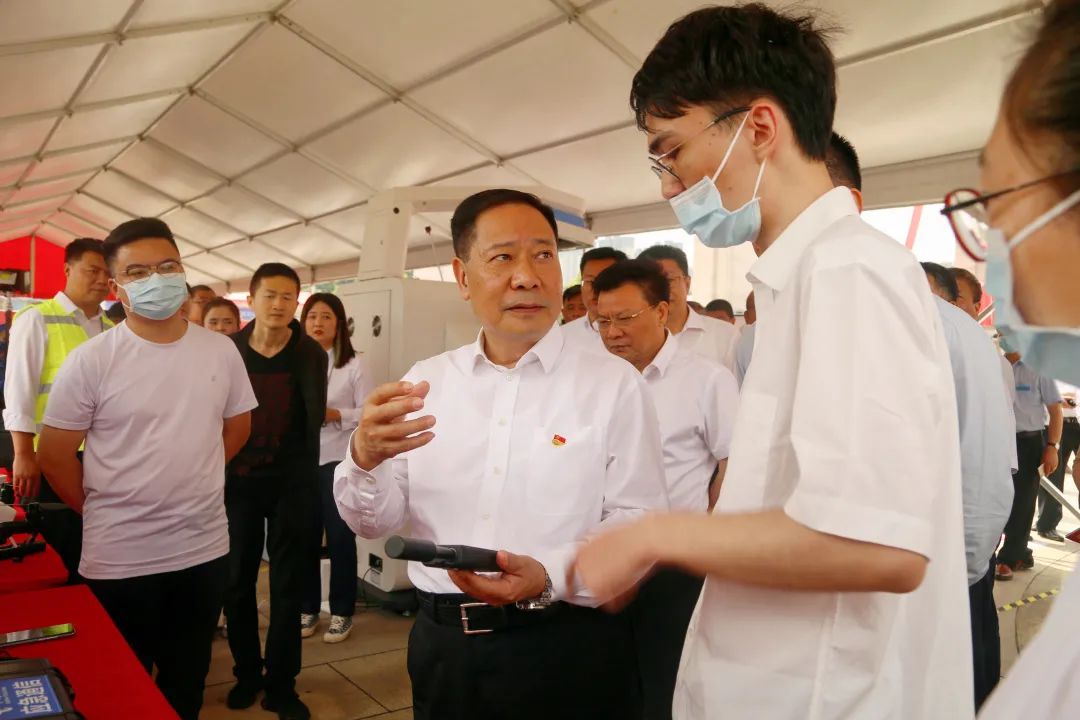 World Joy has created the only anti-fire industry safety chain in China – and indeed the world – which covers production, sales, R&D, training and services. World Joy’s fire extinguisher devices range from 500g to 100kg / piece, apply to all firefighting scenarios, can be used by hand drop, UAV or helicopter airdrop and can also be embedded as firewalls. Going forward, World Joy will strive to be the industry leader with cutting-edge technology, high-quality products and professional services as well as to share China's smart manufacturing with the world and thereby making human and animal lives better!